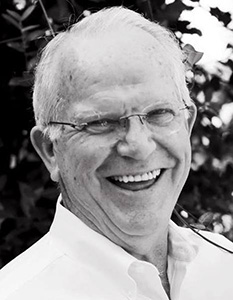 Richard Wayne Pollard, after a valiant battle against cancer, in the last month of his life, founded and endowed the RWP Education Foundation (RWPEF) in November of 2011, a non-profit organization to provide college scholarships for students seeking higher education. Richard was born on August 23, 1940 in rural Wood County, Texas; he loved living in the country and grew up loving to fish, to hunt, and to go camping. He played on the high school football and basketball teams.

Richard went on to attend Tyler Junior College and graduated from East Texas State University (now Texas A&M – Commerce) in 1962 with a degree in Business Administration. Upon graduation, Richard returned home to Quitman where he volunteered for the United States Army, and served as an officer from 1963 until his honorable discharge in 1965. Upon returning from service, Richard found his way into the insurance industry after visiting with a local placement service and also became a husband and father of two daughters. In 1973, Richard and his family moved to College Station so that Richard could take a position with Anco Insurance of Bryan/College Station as an underwriting manager. In 2000 Richard formed an independent insurance agency now known as SIG Insurance Services, LLC (SIG). Since its inception and until his death, Richard nurtured and grew SIG from a single-location in College Station to over thirty-five locations all over Texas, and growing.

Richard was an advocate for higher education as well as giving back to one’s community. Even though Richard was not a “straight-A” student, he worked hard to obtain his degree and became a successful entrepreneur. He realized there was much more beyond the classroom and lecture halls. Richard also knew that leaving a lasting impression among the people surrounding you is important and higher education helps broaden the web of people an individual could potentially impact. Founding and endowing the RPWEF was a legacy Richard left behind in order for the youth of Texas to have an opportunity to leave their mark in education and the communities they live in as well. Richard’s daughter Melinda Pollard is serving as the current Chairwoman of the RPWEF and carries on her father’s memory through the success of helping students become further educated.